Go west on Queen Street, and then keep going, and then keep going some more, and you'll end up at Roncesvalles Avenue. But just before, nuzzled in a row of shops, is Local Kitchen and Wine Bar. Depending on where you are in the city, it's worth the commute. We were a party of 7, attempting a Sunday night dinner, so I called the day before and asked about reservations. They don't take them. The polite man on the phone pretty much told me that we were screwed and that there would be lots of people waiting for their 6pm open. Well, we took our chances and happened to luck out. We got there at around 5:30pm to only two other people chilling outside. But as more people trickled down the street and the restaurant officially opened their doors, the place was almost full after everyone was seated. 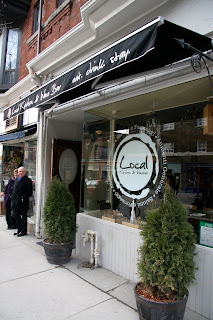 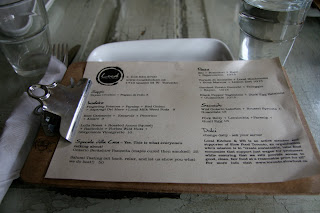 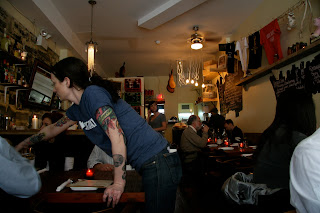 The restaurant is small. You can see the kitchen at the back from anywhere you sit. We were seated at the coolest table there - an old door, turned into a table. The menu is tiny but appealing, and the thought of homemade pasta, an instant turn on. We started off with some drinks, creations you haven't seen anywhere else. Penny's cousin - bacon washed bourbon, maple syrup, grapefruit juice and grapefruit bitters, Professore's Neproni - gin, campari, and house infused cointreau, and The Sicilian Triangle - averna, white rum, pomegranate, orange, lemon and pineapple. I preferred the triangle - it was light, delicious and fruity. But if you're feeling something stronger, go with the first two. 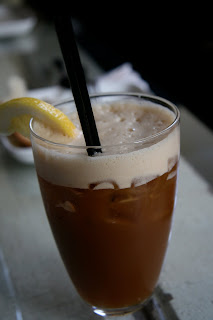 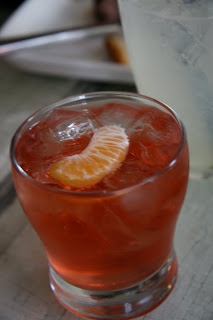 Professore's Neproni (it's basically all alcohol, not that there's anything wrong with that!) 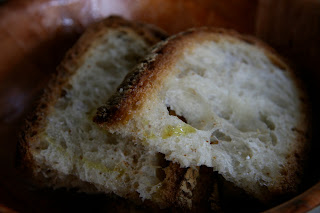 The first two dishes we got - melt in your mouth. The crostini topped with chicken liver pate, so rich and so good. We ordered two for the table. I could have probably had one all to myself. The next melt in your mouth - the Ontario Berkshire Pancetta (maple cured then smoked). The meat was so tender and flavorful from the maple drizzled all over it, Daniel declared it was one of the most delicious things he's ever tasted. That's a bold statement coming from a chef and major foodie, but everyone at the table agreed. 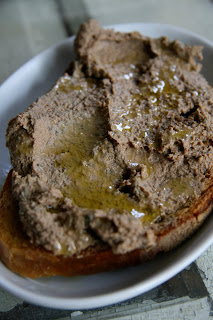 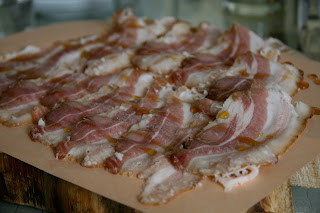 We also ordered the beet carpaccio salad, venison meatballs, meat tortellini with mushrooms, bone marrow and lemon zest, smoked potato gnocchi, pepper duck egg pasta and the pork belly with lentils and a quail egg. We shared it all and loved it all. 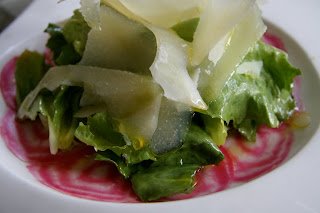 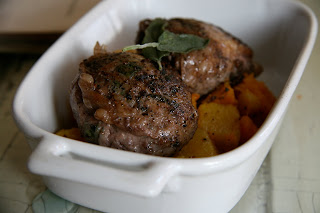 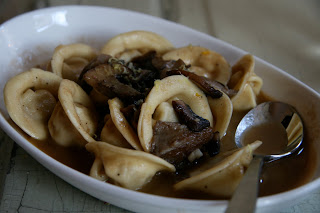 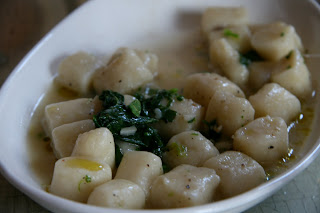 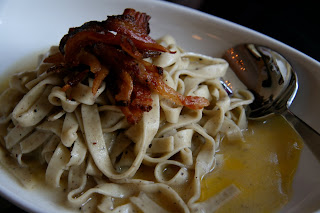 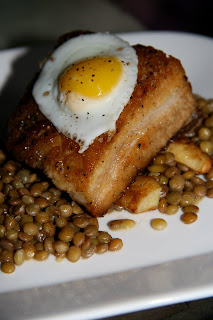 We loved it all except for dessert. It was disappointing after having such a great meal, the desserts falling flat. One was a simple chocolate cake, very moist but nothing special. The other - a sort of pistachio cannoli. 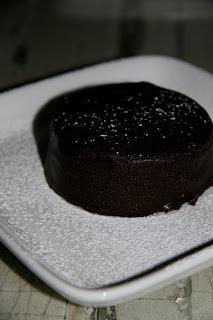 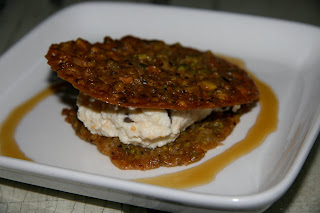 On our way out there was a friendly lady peering into Locals front window, and when I say friendly, I mean she looked slightly crazy. She asked 'how was your dinner? I just ate at Mcdonalds and I'm so full!' It didn't stop there... "Is it expensive? The food looks so delicious!" As we walked to the car, one of the staff came out on the street to say goodbye, our lady friend shouted bye as well. I guess it is true, local loves you!
http://www.localkitchen.ca/ 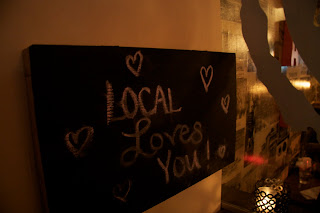