Is the Baked Potato the new burger?

Finally a little action in the deserted Queen Street West food court, located directly across the street from MuchMusic. The action, comes in the form of a baked potato. The pop up stand, one of two new fast food eateries in the still very deserted feeling space, is called 'Mr. Spud' (a hamburger stand is also opening soon). You get a potato, choose your toppings and that's it. I found the toppings to be fairly uninspiring, I couldn't even figure out what half of them were. My advice to the owner would be up the ante, make it more 'gourmet' and then you can charge a little more.
For my potato I choose butter and cheese, which are mixed in, and then sprinkled on top - corn, kidney beans and a tomato sausage sauce, with a little mayo. It sounds gross but it was actually quite tasty and filling. Could this be the next big food craze? Maybe, but in the meantime, what do you want on your baked potato? 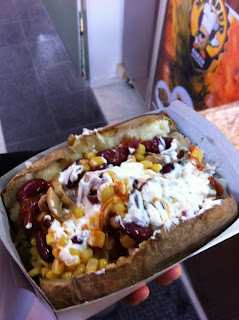 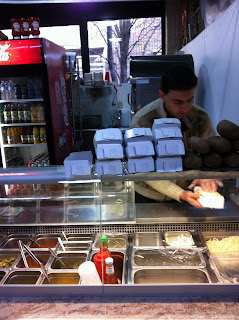 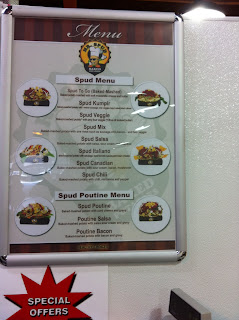 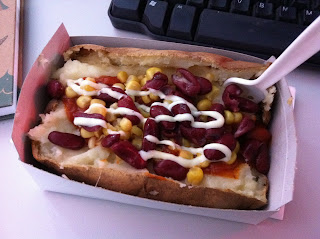