About 2 hours outside of Toronto sits Stratford - a quaint and quiet town, perfect for a weekend getaway. For more than half a century, and still today, Startford's main draw is the world famous theatres. Running from late April until October, there are a production of at least 12 different shows. Some are Shakespeare, while others are of the musical variety. On this seasons roster - Kiss Me Kate - which combines both. But with its cute coffee shops, small boutiques, funky restaurants and cozy bed and breakfasts - it's not just the theatres bringing in the crowds.
Oh and it's also the birth town of one of the biggest pop stars in the world (right now) - Justin Bieber (cue the screams...oh wait, tween girls aren't reading this, never mind). If you are a fan though, then you'll probably want to check out 'Justin's Stratford," where you can download a map of his favourite haunts including - the Stratford skate park, the Avon theatre where he used to busk, and King's Buffet - where he apparently had his first date and spilled spaghetti all over himself.
But on to the spots we enjoyed, and thanks to Julie D for all the suggestions.
Balzacs -
Located right on the main drag - Ontario Street, Balzacs succeeds in making you feel like it's your home away from home. With two open in Toronto's distillery district and liberty village, the Stratford location was actually their first. Oh and that peanut butter marshmallow square was crazy good. 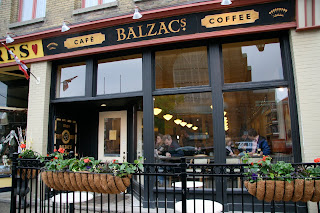 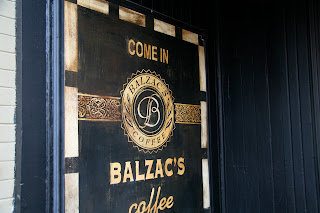 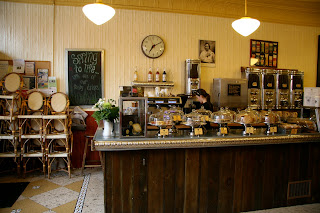 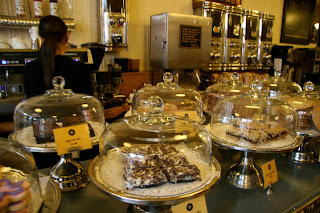 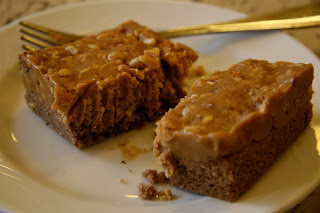 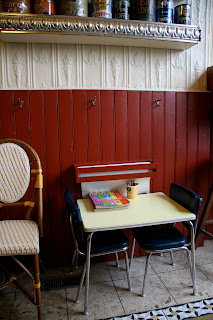 Down the Street -
Walking into this restaurant felt like we'd left Stratford and wandered into the Moroccan desert. Ok maybe that's a bit of an exaggeration, but the decor was pretty funky. And the food, really delicious. We shared the poutine and one of their pizzas to start, as well as one of their daily soup specials. After a day of driving, theatre watching and walking around - everything was devoured. Two of the mains ordered were fish - black cod and pickerel. I have to say the way they plated the pickerel is pretty stunning. I ordered the Moroccan short ribs which were a tad too spicy for my liking. For dessert the rhubarb shortcake was the big winner - as the rhubarb wasn't too tart and the cookie crusts were crunchy and crispy. Chocolate molten cake was the same as it always is, and I don't mind that. 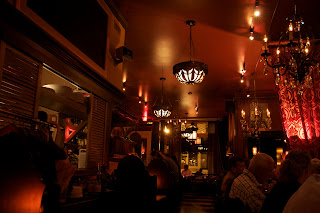 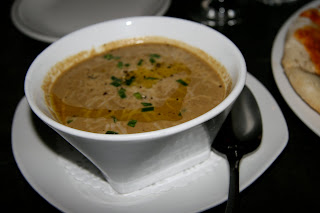 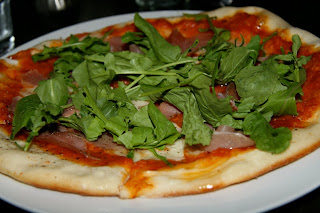 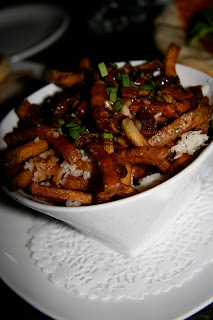 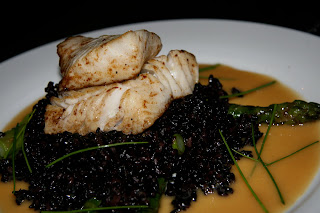 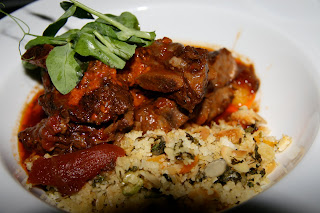 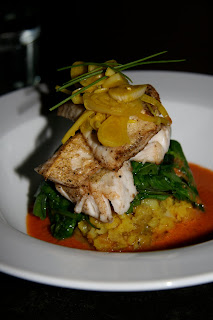 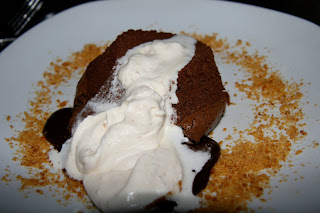 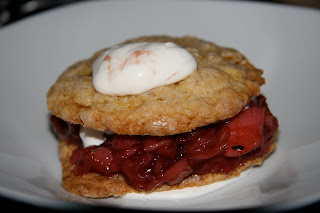 Fosters Inn -
And before the drive back to Toronto, brunch was had at The Fosters Inn. No complaints about the french toast with bacon, but I have to say they lost points with my poached eggs. They were over cooked and not runny! Still, a happening place to test out, especially if you're in Startford multiple times over the summer months. 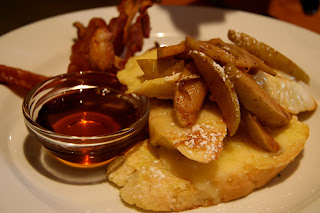 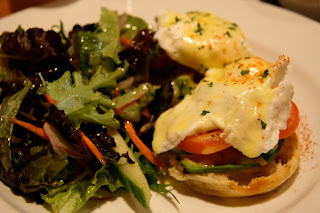 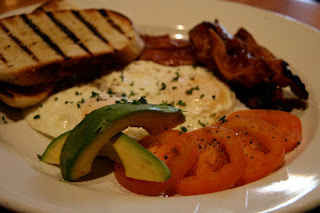 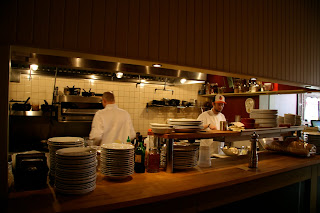