It's a Tuesday morning and I randomly check Ruby Watchco's website to see their menu of the day. Ok, maybe it wasn't so random. I knew I was going to be in the area that night and I'd been wanting to go for a while. This is the menu that appeared -
Dinner at Ruby Watchco
Tuesday May 25th
Crispy West Coast Fish Cakes - Chick Pea & Black Bean Salad, Watercress Leaves, Creamy Kozlik's Triple Aioli.
J.C.'s Meatloaf with Ruby's Steak Sauce - Lobster Mashed Potatoes, Grilled Asparagus with Prosciutto Crisps, Truffle Button Mushrooms Ragout, Oyster Mushroom Fritters.
Upper Canada Cheese Company's Comfort Cream - Ginger Rhubarb Chutney & Grilled Country Bread.
Joey's Favourite Devil's Food Cupcakes - White Chocolate Shavings.
$49
I was in. So in. I made a reservation for 9pm - the earliest I could get, and convinced a friend to try it out.
Ruby is definitely not for your average restaurant goer. It's a new dining experience - so bring people with an open mind. The way it works is - you get a four course dinner, but the menu changes every day. So if you make a reservation ahead of time, you have no clue what you might get. At the helm though, the talented Lynn Crawford, planning her detailed and creative menus a week in advance, with every ingredient incredibly thought out. But if you really aren't feeling the menu on the night you're supposed to go, 'call in sick'. You'll be opening up the table, making someone else's night better. 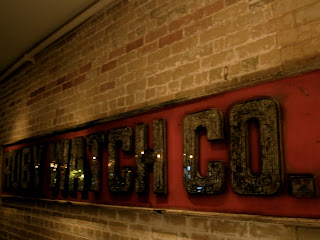 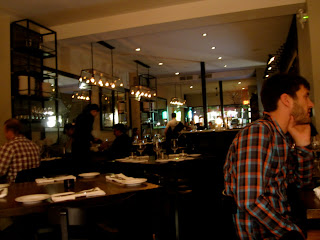 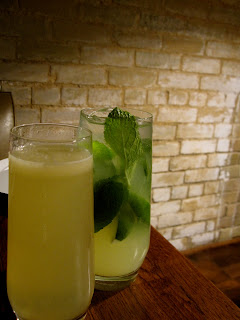 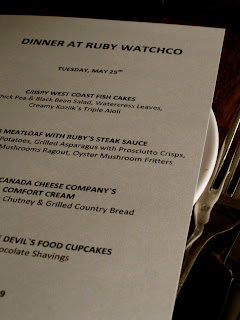 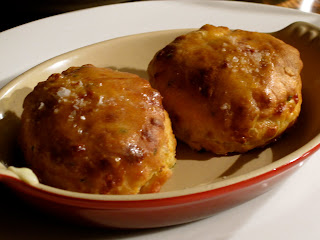 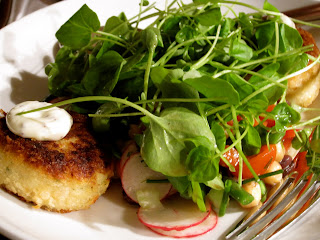 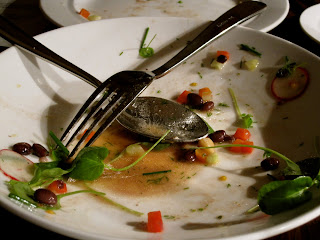 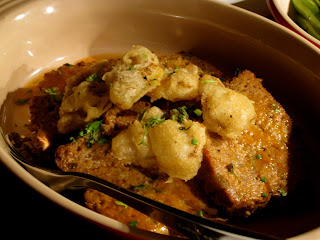 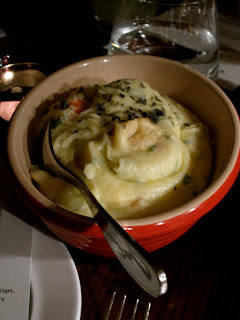 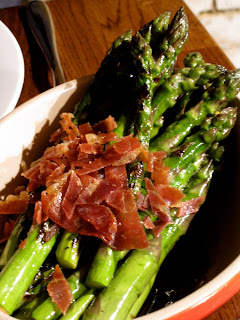 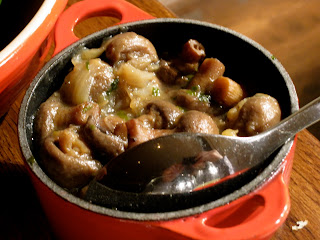 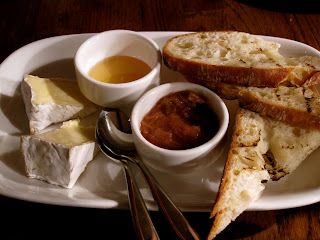 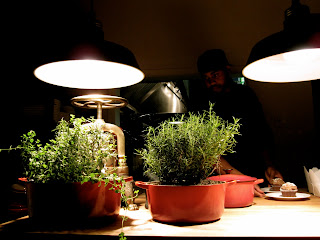 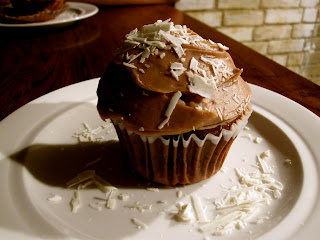 Everything we consumed at this cool new Queen Street East eatery was delicious. The portions, so big, we had to take a lot home. The first course consisted of the light and summery bean salad, along with a cake made up of a mixture of fish. They also brought cheddar biscuits to the table - fresh and salty. The meatloaf, also a mixture (beef and veal, I think), not too heavy. But by far the best thing was the lobster mashed potatoes. There was no skimping on the lobster meat! Huge chunks were to be discovered and devoured. We were so full, we hardly touched the truffled mushrooms. The cheese course was next and it was served with sweet spreads. Finally, the cupcake - moist, chocolaty and the perfect way to finish off dinner. And yes, I had room for the entire thing.
P.S. if you're wondering about the name Ruby Watchco, it was named after the sign hung up inside, that Lynn discovered in a junkyard 3 years ago.
B.T.W. It may be hard to book a last minute reservation. I seemed to get lucky, but just be patient and if you want to play it safe, book ahead of time.
Email Post
Labels: Queen Street East Toronto Restaurants