Oliver & Bonacini restaurants dominate a large part of Toronto's Bell Lightbox.  There's Canteen on the street level, and Luma on the second floor over looking King and John.  Luma is the more upscale of the two, with a more expensive and sophisticated menu. 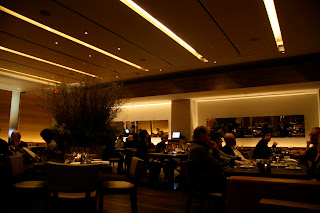 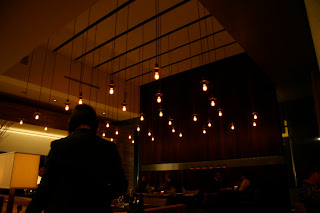 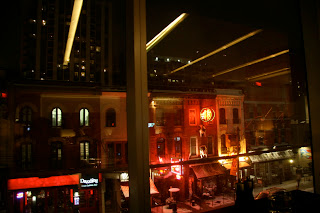 Before getting into the details of the regular menu, they have a special two course fixed price inspired by Tim Burton, and his exhibit featured one floor below.  One of the standouts includes the 'Big Fish' - seared tuna on bibb lettuce, green beans, tomato and chick peas.  The chick peas were almost blended into a delicious hummus.  The Tim Burton dessert is a must order, especially because it's called 'Willy Wonka.'  It consists of a dark valrhona chocolate delice, caramelized bananas, peanut butter ice cream and cocoa nib crisp.  So good.  We also enjoyed the drink called 'drink me' - wiser's shaken with fresh lemon and ginger-pear juice. 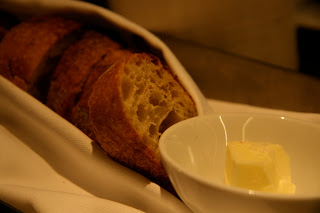 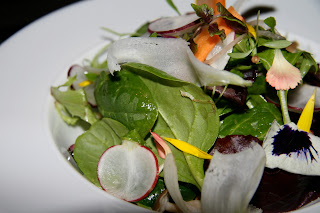 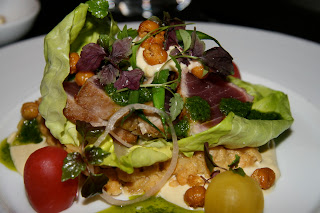 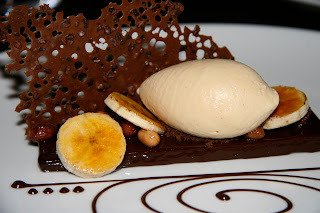 Off the regular menu we found it difficult to narrow down appetizer choices, so we ordered a main to share.  The tagliatelle with confit duck, butternut squash, toasted almonds, sage and parmesan, sounded too good not to try.  The restaurant even split the dish in half for us on two plates.  Points.  Then an unexpected surprise - four small appetizers came to the table - the grilled octopus (which photographed beautifully), scallop sashimi, caesar salad, and the very rich burrata (fresh mozzarella cheese with beetroot, roasted eggplant and pine nut vinaigrette).  The tagliatelle was the most memorable, so I say go with the main. 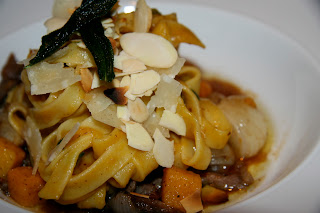 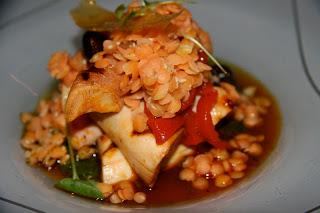 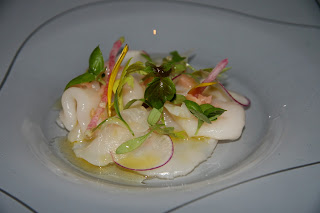 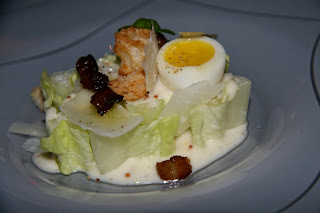 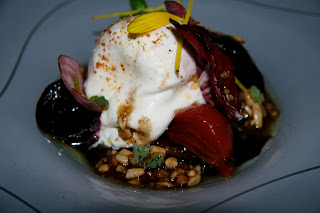 We were full but not done yet.  The mains included the free range chicken with cornmeal polenta and the steak frites with northern woods mushrooms and truffle butter.  The crispy and perfectly cooked fries, soaked in the truffle butter is ridiculous.  Other desserts we tried were the opera cake - almond sponge cake with layers of mocha buttercream and chocolate ganache with popcorn ice cream and caramel popcorn, and the lemon tart.  Even though the opera cake is visually pleasing, it's a bit overwhelming.  Also the popcorn flavour isn't strong enough in the ice cream.  The lemon tart is well balanced, not overly tart, not overly sweet. 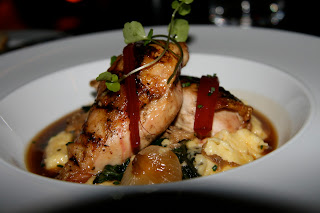 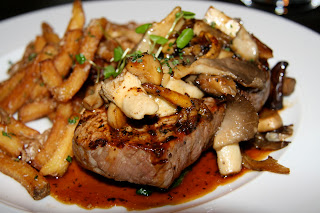 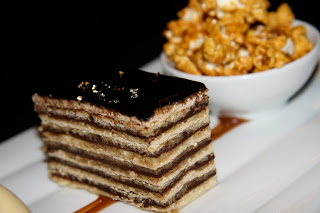 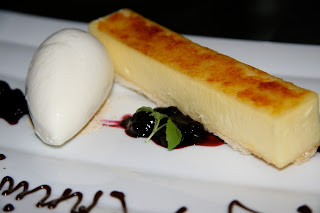 On our way out we took a look at the menu in the blackberry lounge, just next door to Luma.  Fun things like angus beef sliders, steamed pork buns, crispy tempura shrimp and the list goes on. Mmmmm ok, need to stop.
Email Post
Labels: King Street West Luma