After digesting the pies from The Canadian Pie Company, it was time to check out Dlish - the new cupcake store on Queen Street West and Niagara.  Even though the cupcake trend is apparently on the outs, it didn't appear that way at Dlish, infact most of their supply was gone.  It was towards the end of the day, but owner Verge Manuel happily stated it was the stores second bake.
With a look (the store, the cupcakes and even the colour coted dots on top) similar to LA's Sprinkles, it doesn't really matter because Dlish's treats are sure to satisfy the sweetest sweet tooths.  Check out their massive flavour board and drool over their 16 different cupcakes including peanut butter chocolate, salty caramel and nutella.  Not all of them will be available though, as the flavours rotate day to day.  The cupcakes are $3 each, $17 for half a dozen and $33 for a dozen.  They also offer a birthday box, where they place a cupcake into it, and tie it up with ribbon and a fork.  Daniel and I tried the red velvet and the chocolate marshmellow.  We both felt the red velvet icing was a tiny bit too sweet, and that's saying a lot coming from my own crazy sweet tooth.  The chocolate cupcake was fun because of the marshmellow hiding in the centre but again wasn't overly blown away by the icing.  Be sure to keep an eye on their facebook and twitter page as they regularly offer free treats. 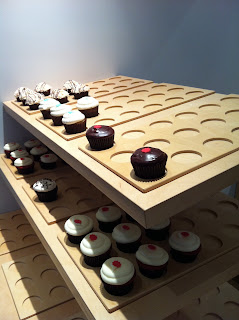 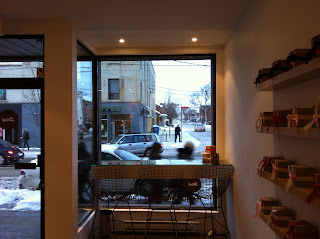 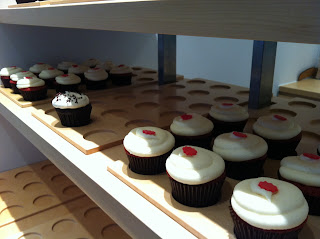 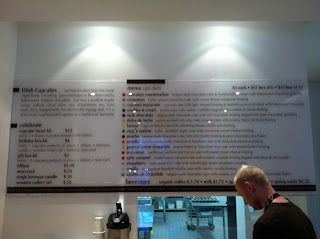 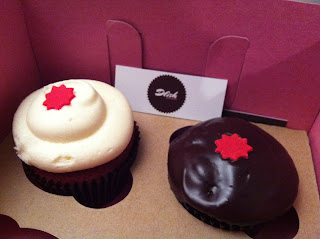 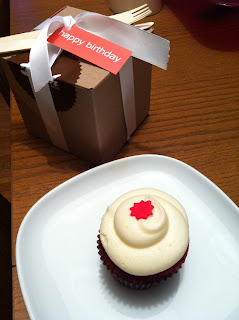 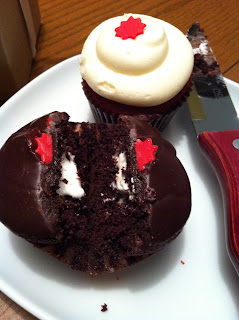