Scarpetta - the famous Italian restaurant from New York - is the second eatery to open in Toronto's hip new Thompson Hotel. With large banquets placed down the middle, and tables spread out along the sides, Scarpetta is housed in a spacious environment - giving the diner a comfortable and relaxed experience. The crisply dressed servers are attentive and know the food, and know what they're talking about. And speaking of the food, well take a look at the photos - mouthwatering!
Usually I'd give a new restaurant at least a month to test things out and get things right, but Scarpetta is ready. And that's most likely the doing of head chef Scott Conant, who was in town for the opening, and spoke highly of Toronto, its culinary scene and how welcoming the city has been. He even wrote this open letter to Toronto on The Huffington Post.
Back to the food, we enjoyed everything. To start we ordered the scallops, and braised beef short ribs with risotto. At first I wasn't sure if the portions looked too small, but they were deceiving because in the end we were contently full. For our mains we chose the agnolotti stuffed with mixed minced meat and fonduta, mushrooms and parmesan, and the basic yet utterly delicious, and the dish I was most looking forward to - the spaghetti with tomato and basil. Seriously, you have to order it. The winning dessert was the chocolate and vanilla parfait with a side shot of hazelnut milkshake (I wanted more) and biscotti. We also ordered the coconut panna cotta - pretty to look at, but not as enjoyable as the parfait. Get in now, before the masses, while you can still get a reservation! 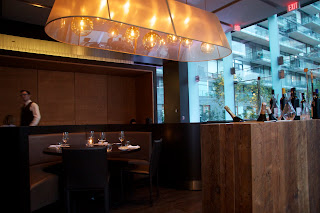 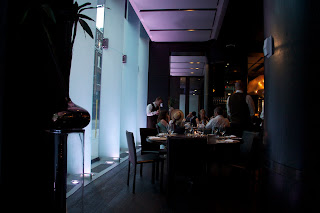 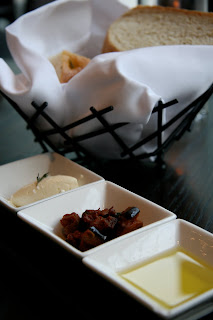 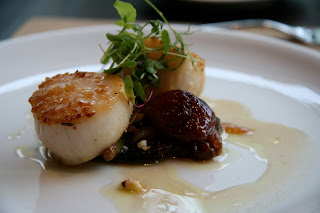 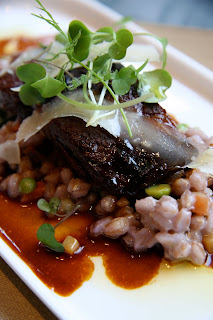 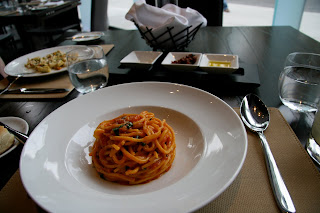 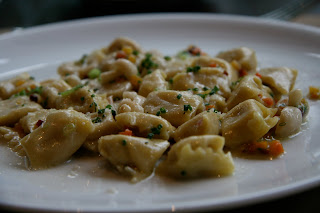 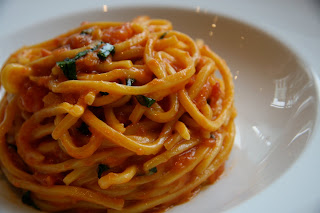 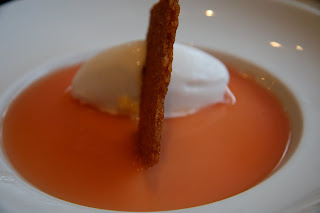 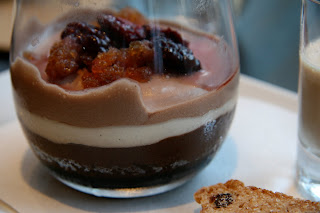 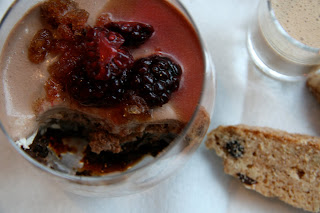 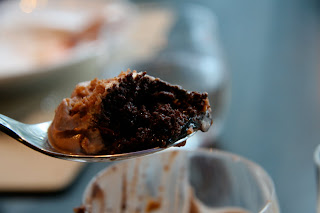