Brunch at The Saint Tavern

If you thought there isn't a better cinnamon bun to be found then the ones pipping hot, dripping in cream cheese frosting, and sitting in the front window at Cinnabon, think again - we may have found it.
At Toronto's The Saint Tavern you get two fresh, out-of-the-oven cinnamon buns smothered in frosting and served in a cast iron dish all for $6.  They melt in your mouth. Take our word for it.

The other fast food favourite going gourmet at The Saint, is the ever so famous Egg McMuffin.  Their version though leaves you full for hours.  Sandwiched between an English muffin is a runny fried duck egg, a thick banger sausage patty, house made cheddar cheese and crispy deep fried onions.

If you're still hungry after those two things (you won't be) they have doughnuts that change daily.
Weekend brunch starts at 10am. 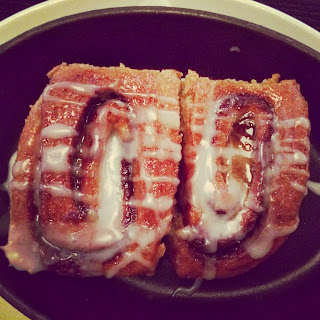 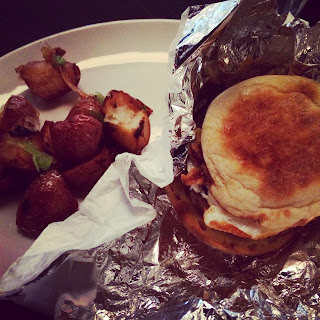 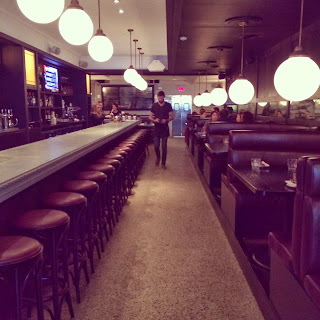 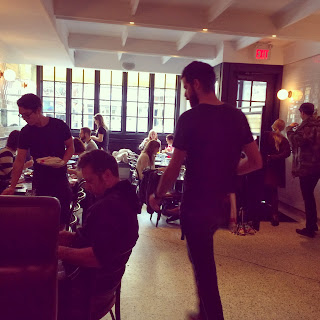 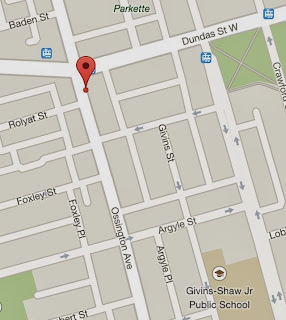