With its signature yellow doors on King Street West, there is no missing Weslodge. One of the latest ventures from Toronto's so called 'King of clubs' Charles Khabouth, this modern day saloon is a good spot for afterwork dinner/drinks and weekend partying.

Visiting Weslodge back in August, the restaurant had only been open for a couple of weeks.  On this particular Monday, sitting at the bar (prime people watching real estate), the place was rammed - likely due in part to the Toronto Star feature which had just run in the weekend paper.  The service was a bit chaotic, our main was forgotten, and things seemed to take longer than normal - but everything that did (eventually) make it to the table was full of flavour and well received.  That included the charred brussels sprouts with bacon, the scallop (yes, singular) with caper vinaigrette and lentils, and the buffalo tartar with pickled mustard seed, egg, foie gras and sour dough.

Being a saloon and all, the cocktail menu features some old school poisons (gin and tonic, negroni), along with some creative concoctions using tastes like tobacco spice, absinthe and lemon oil.

Weslodge is also open for lunch and weekend brunching. 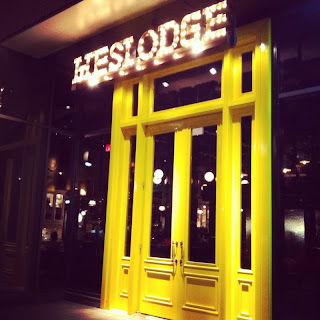 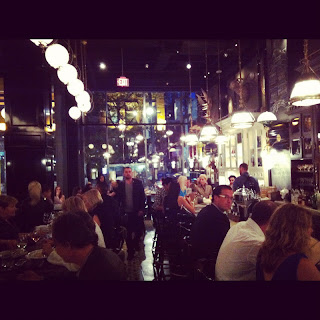 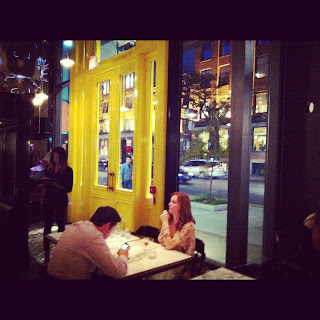 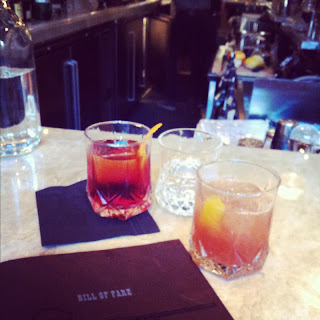 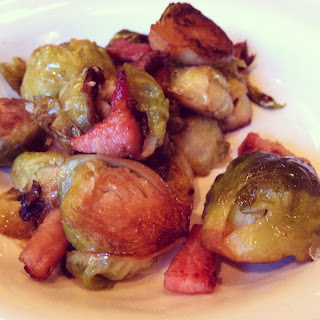 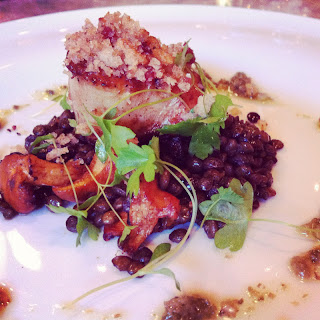 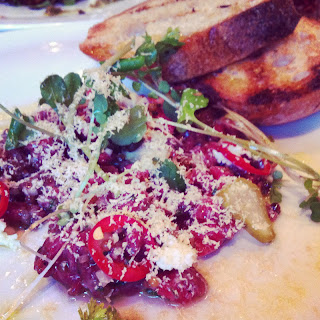 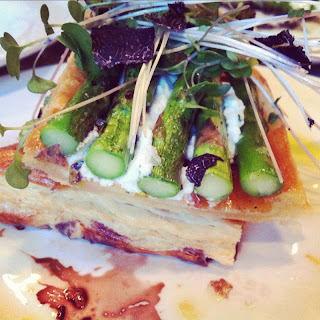 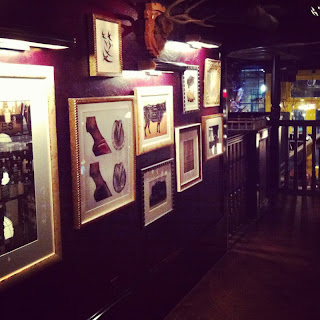 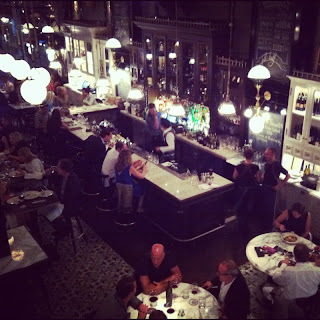 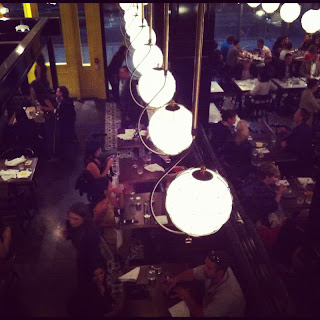 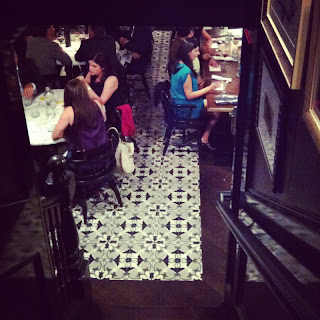 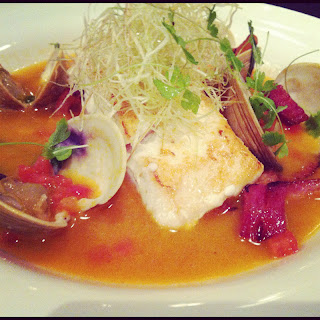 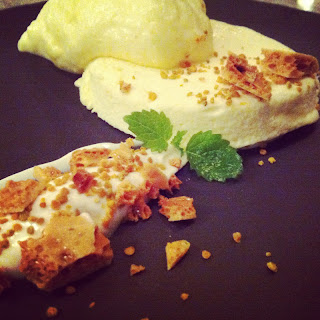 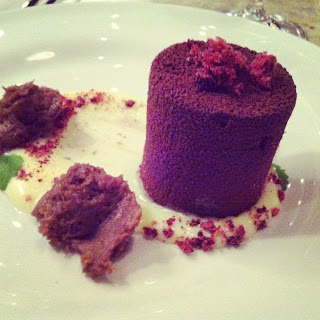 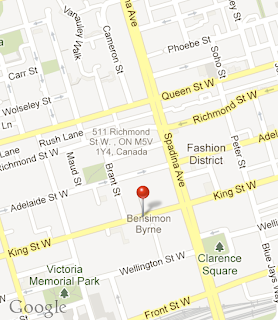