An adventure with Dave in Korea town, turned into a new discovery of cheap and delicious dinning options for the cold winter nights ahead.  The strip on Bloor Street West between Christie and Bathurst is crowded with small restaurants, that inside, are mostly crowded too.  One of them, Seoul Restaurant, on the south side of Bloor, closer to Bathurst, feels more like you're inside someone's living room then inside a restaurant.  I knew right away that I wanted a bibimbap.  I've had them at GUU before and loved it, especially in the hot stones, which makes the rice nice and crispy.  After a bit of confusion, on my part about whether to get it with kimchi or not, I ordered mine without it, and Dave ordered his vegetarian bibimbap in a regular bowl.  Mine came with beef.  Mix it all up and they're ready to go. At $8 and $7 respectively, they are so good and so cheap!
Even though there was only one dude running around serving everyone, and we were given water in plastic tupperware jugs, it was fine, because I felt like we were eating in a Korean home.  And since we're all family, the couple sitting next to us, felt like sharing how impressed they were with how much hot sauce Dave was using.  Then they laughed. 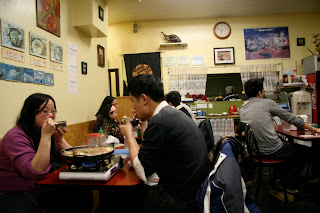 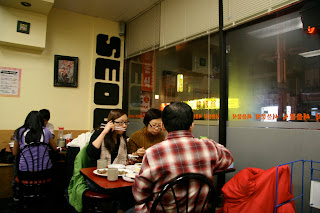 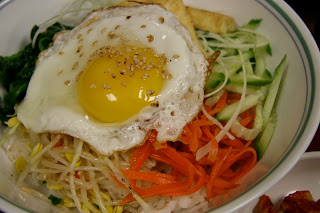 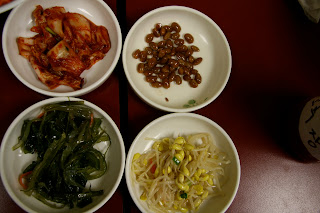 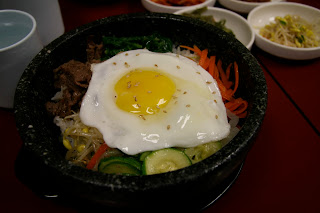 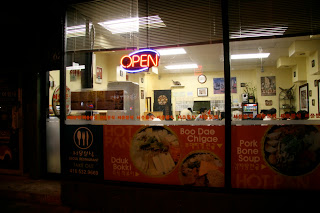