'We make donuts. We fry chicken.'

Paulette's may have one of the best slogans we've ever heard.
And as one of the most anticipated openings in Toronto this year, the donut / chicken eatery is delivering on its hype.  It is making some confused however - for example we've heard questions like - 'is this like chicken and waffles?', and 'so you eat the chicken and the donuts together?'  Well, I guess you could, but we say keep the two separate.  In fact, if you go on a slower day when there isn't a line, the best possible thing you could do is order your chicken, eat it, and then come back and order your donut dots (think freshly made Timbits).  We learned the hard way, ordering our chicken and the dots at the same time. The chicken got cold while the donut dots were being prepared, and as we ate the chicken, the donuts cooled. Doh!
There's also the difficult task of choosing which 'fancy' donuts to try and which sides to order. On this first excursion, it was the mac & cheese (deliciously gooey and just the right amount of spice), and the banana coco cream pie and blueberry balsamic donuts (both heavily iced, cakey and intense. Be prepared).  Other sides include - cornbread and asian slaw. Other donuts include - vanilla bean nutmeg, root beer float, mojito, raspberry rose with graham crackers and cinnamon latte.
But wait, even more decisions.  There are dipping sauces and rubs - hot sauce, tandoori BBQ, honey (mmm), sumac oregano rub and garam masala rub. And do you get a snack chicken, half chicken, or a combo chicken?
Going in with what seems like an easy task and then realizing there are so many things to think about, can be overwhelming.  Take a few deep breaths, and let yourself pig out.
There are no tables inside, just a few stools at the front, so take your food across the street for a picnic in Leslieville's Jimmie Simpson park.

Paulette's is open from Tuesday to Sunday - 8am to 8pm. The fried chicken starts at 11:30am. 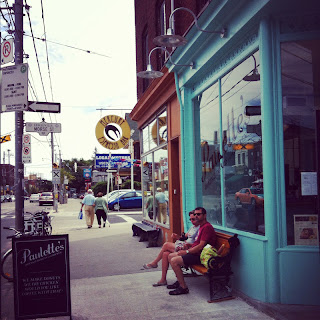 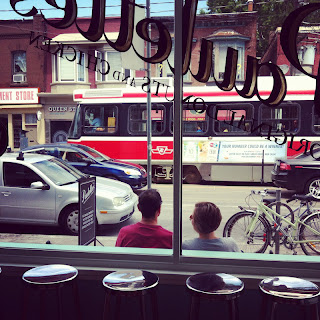 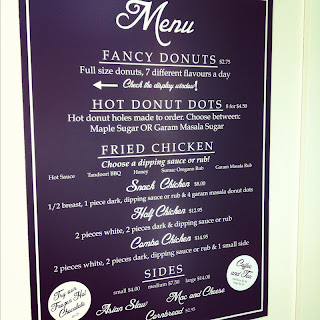 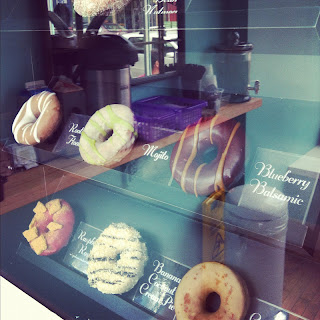 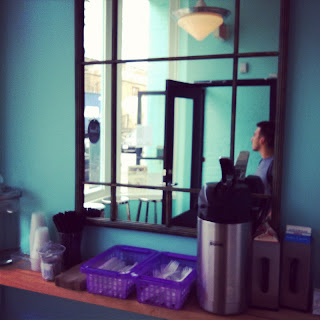 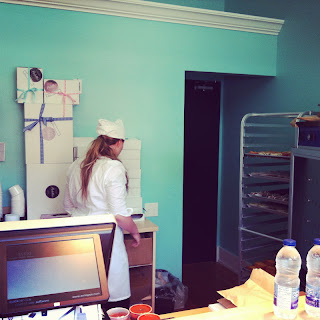 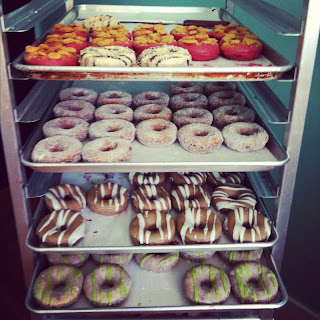 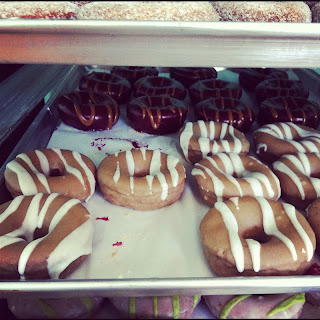 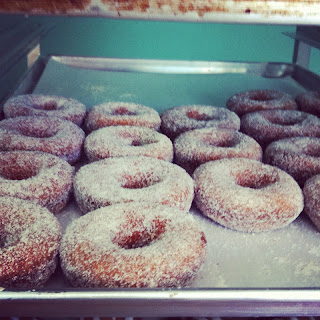 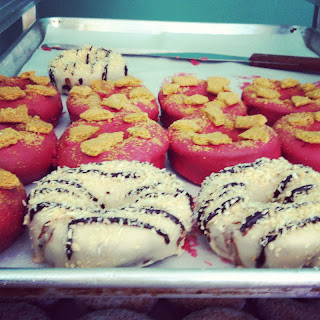 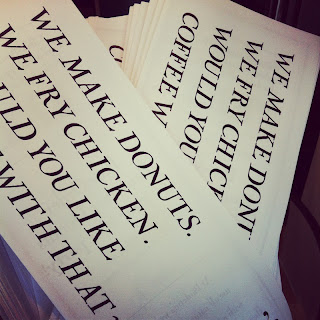 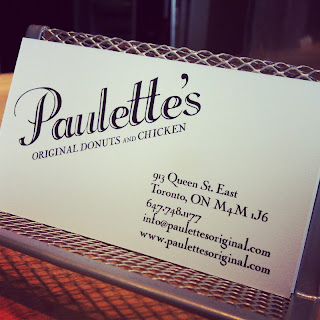 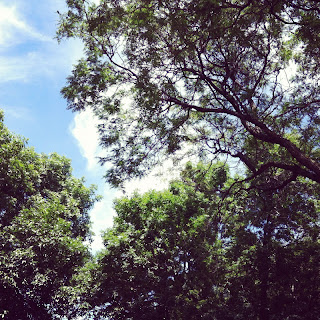 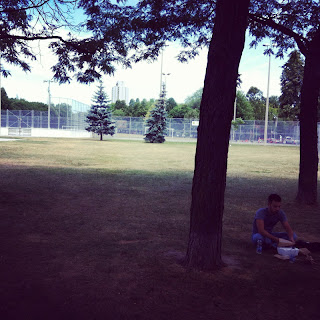 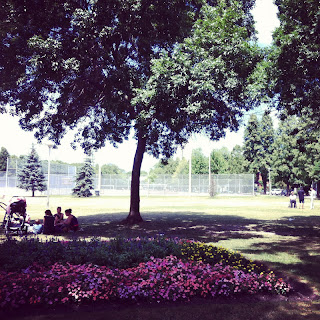 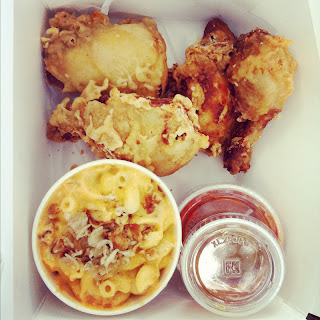 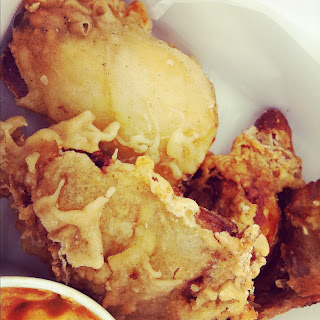 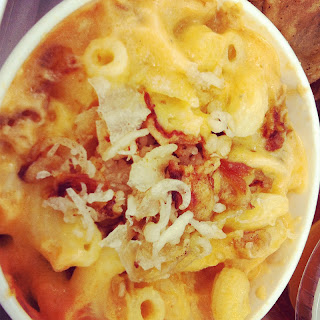 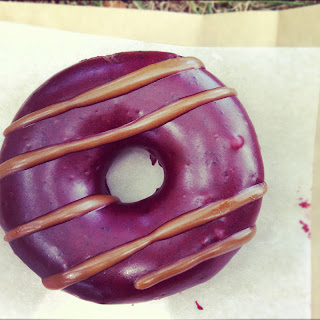 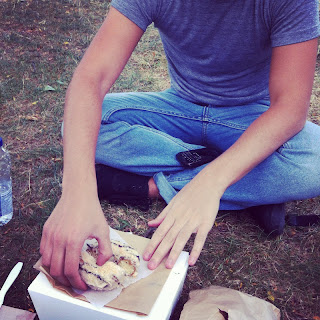 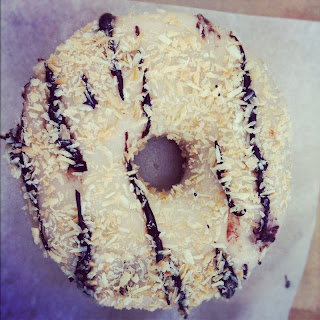 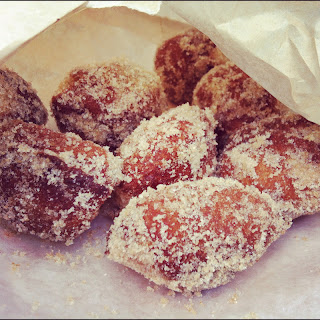 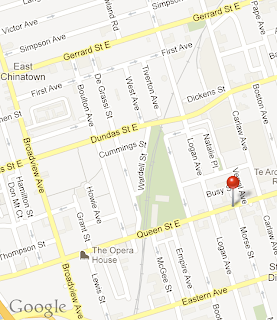 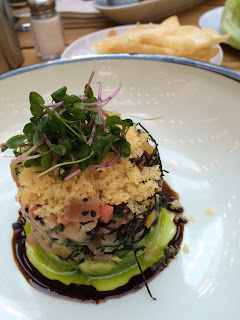