It was like Queen Street West meets the foodies of Forest Hill at the first edition of Toronto's underground food market on Saturday September 24th at Brick Works.  Over 25 up-and-coming chefs and home cooks were thrust into the spotlight, as large lines formed with hungry eaters hoping to get a bite of something different.  The press release describes TUM as "a new kind of community market; not a farmer's market, or a food festival, but something completely unique and new to toronto."

And what was new, at least for a lot of people, was the cornbread grilled cheese sandwiches that Comida Del Pueblo (food of the people) were serving.  The crumbly, gooey cheddar creations with guacamole and sour cream smeared on top, had a line 30 minutes deep. This kept Manuel Romero, Josh Standing and Guillermo Escalante very busy on their first time out.  Although they were smiling looking at the line, one of the boys did admit they wish they'd brought another grill.  Lesson learned, we hope.  The next TUM is on October 22.  It's already sold out. 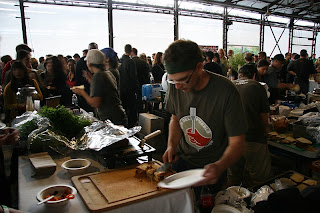 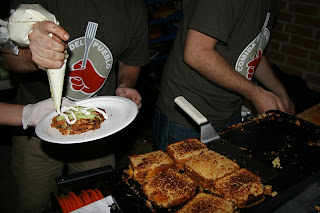 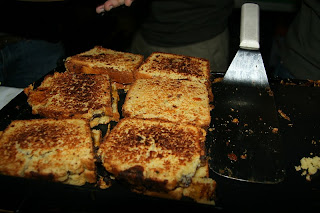 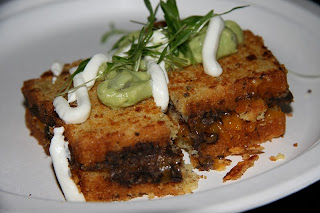 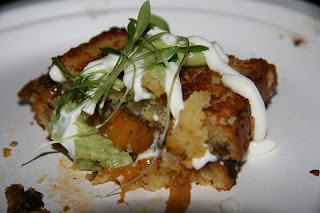 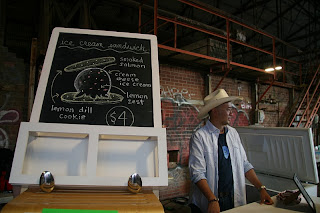 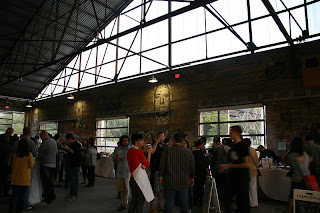 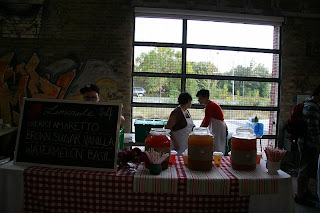 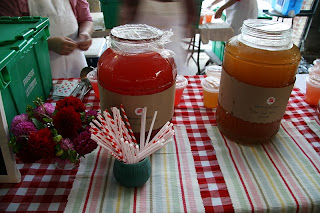 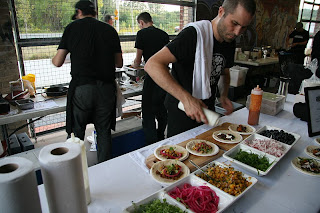 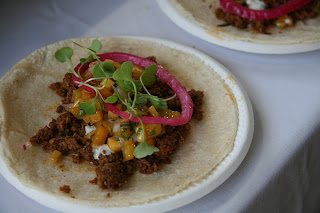 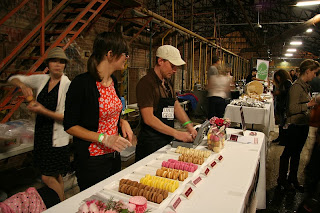 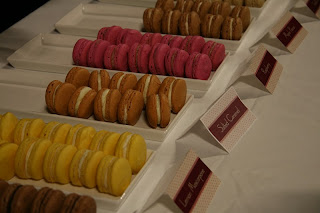 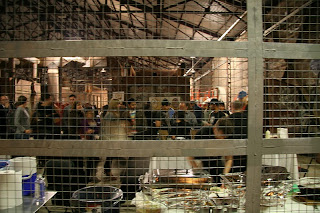 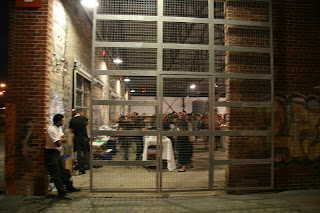