A cute new restaurant called Fabarnak has popped up on Church Street in the 519 community centre.  What's cool about it is all the profits generated from the restaurant go right back into the centre.  They are big into locally produced food and the simple yet surprisingly sophisticated dinner menu is a fun read.  It's broken into 3 parts - soups, salads and 'something more.'  In the soup category we tried the daily special which was delicious - black bean with smoked pork and cornmeal.  The 'hearty' salad with smoked corn bread, tomato, red onion, cucumber, and romaine in a chili-lime dressing, had the makings to be a great salad, but I found the dressing far too spicy (remember I'm a huge spice wuss, so you probably won't).  And for our 'something more,' it was the 12 hour braised short ribs with smashed potato, house made tomato jam and vegetables, and the gluten free elbow pasta with four cheeses.  Devoured the mac and cheese, but the short ribs mysteriously lacked some flavour.  We were trying to figure that one out.
They don't have their liquor license yet, so there won't be any boozing and there wasn't much to choose from if you're craving something sweet.  Dessert was displayed up at the front counter,  but it was just a small array of leftovers from the lunch rush - a few cookies and maybe a scone.  Wednesday is the day to drop by for one of their cupcakes.  A new one is concocted and tweeted about in the middle of each week, so keep your eye on that.  An example of last week's was ale cake - ginger ale and mill st tankhouse with ale maple, coffee, molasses frosting and candied ginger.  And a note about lunch - they serve something called a square peg which is described on the menu as 'the refined tray lunch, our kitchen creates a sample of our favourite foods, each square peg lunch box includes a selection of savory items and a dessert.'  I told you it was cute! 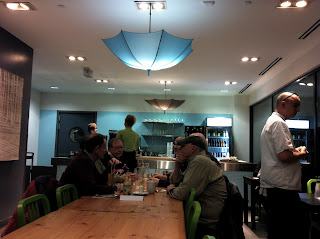 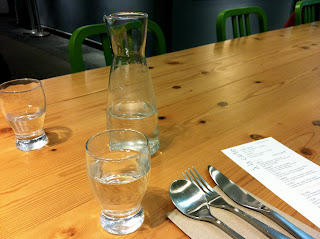 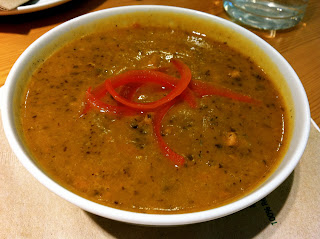 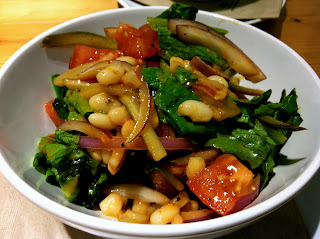 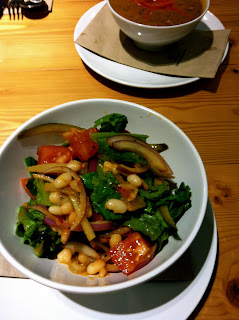 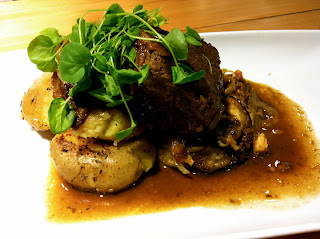 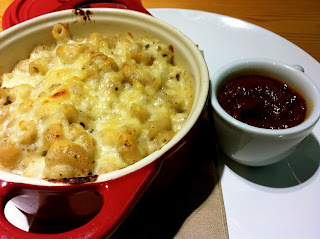