I recently came back from a trip to New York and because I'm obsessed with food and taking pictures of food, I thought I'd share some of the places I ate at.
1) Billy's Bakery. 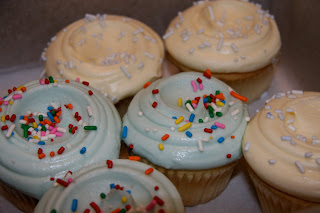 When I step into Billy's I'm instantly happy. The smell, the cupcakes and the colour of the walls all do it for me. The cupcakes are the most delicious I've ever tasted. They are colourful and make you feel like a kid again. The cakes are also not to be missed especially the carrot. It's usually my first stop in the city.
http://www.billysbakerynyc.com/
2) CO. 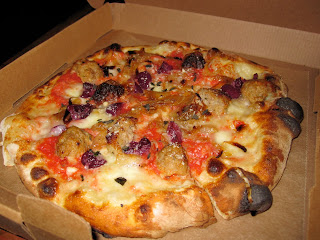 When I landed late Wednesday night, I dropped my stuff off at Christina's in Chelsea and went right to CO. which was just up the street (9th &24th St.). I ordered the lamb meatball pizza which had olives and onions on it. I didn't really like the olives but the meatballs were delicious. I ordered it to go and it was ready nice and fast. It was a tad pricey but it is gourmet pizza after all.
http://nymag.com/listings/restaurant/co/menus/main.html
3) Pearls Oyster Bar 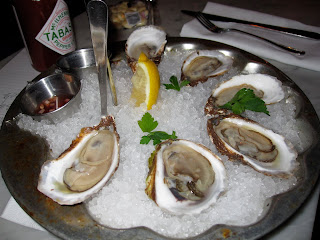 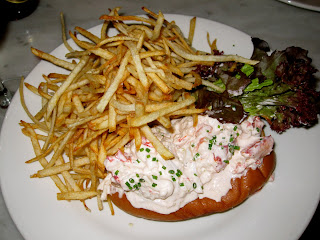 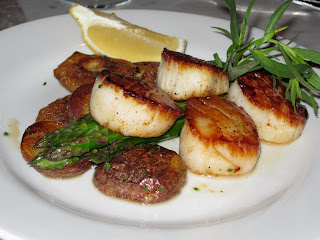 There's a first time for everything and at Pearl's it was my very first time trying raw Oysters. Surprised? Actually many people were to hear I'd never tried them before but yes it was true! I first heard about Pearl's Oyster Bar (don't make fun of me) in GOOP, Gwyenth Paltrow's e-newsletter. And after asking a few other people about it, confirming it was actually worth going to, I asked Michelle to check it out with me. I was told to try the fried Oysters to slowly ease my way into it but we decided to go right for the raw ones. When they came to the table, they didn't scare me. I mean I've eaten mussels before so I kinda knew what the texture would be like but the whole slurping them right from the shell was definitely an interesting experience. Michelle's Oysters seemed to slide out much easier than mine. Mine were being difficult. But I managed to get the salty suckers out. Next came the 27 dollar piece de resistance and it was worth every penny. The lobster roll was one of the main reasons I wanted to go to Pearls and it was the best I'd ever tasted. There were at least 3 or 4 people on their own sitting at the bar eating a lobster roll. I should also mention there was a line outside before the restaurant opened, so go early. Michelle ordered the scallops.
http://www.pearloysterbar.com
4) Amy's Bread 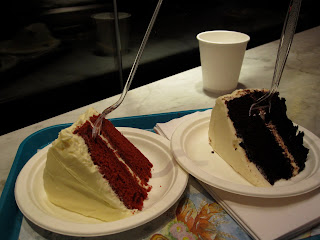 Delicious cakes at this little bakery just around the corner from Pearls Oyster Bar. I liked the white on chocolate cake better than Amy's version of the red velvet cake.
http://www.amysbread.com/
5) DBGB Kitchen & Bar 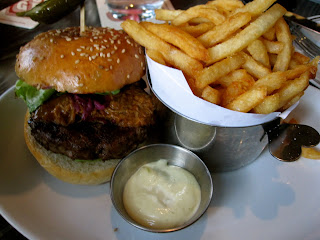 What's that on top of the burger you ask?! Well I'll tell you! It's pulled pork and it gets better... the burger is called The Piggy! Delicious burger and great fries. A perfect place for lunch and a quick rest during a shopping trip in Soho.
http://www.danielnyc.com/dbgb.html
6) Hill Country 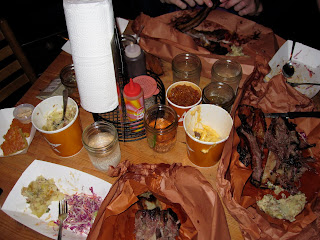 If you like meat you'll love Hill Country. There is A LOT of meat! What happens at this fun restaurant is you get a card, line up and eventually find yourself at what looks like a deli counter. The friendly 'meat' chefs or butchers weigh what you order and wrap it up for you to take back to your table. I ordered a short rib. I tried to order half a pound but it only came as a pound because you can't cut through the bone. So I got a very large piece of meat and that's all I ordered. Well obviously I ordered sides too. We got portions large enough for the table to share - mac & cheese, potatoes, coleslaw and corn bread. Beware, you will be very full after a meal at Hill Country.
http://www.hillcountryny.com/
7) Tipsy Parson 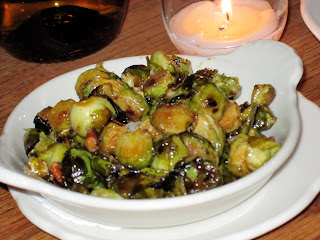 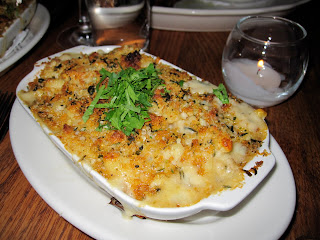 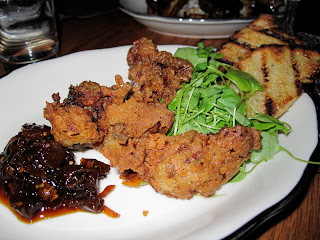 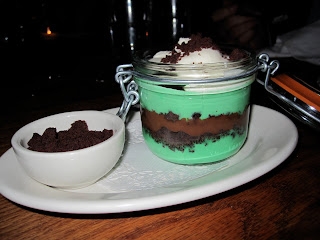 Recently opened I went to Tipsy with Mitchell, Nate & Gabriella. The food was good but it seemed like we filled up really fast on the appetizers and hardly had room for the mains. The mac & cheese was a high point and I really liked the caramelized brussels sprouts. The drinks were also fun and southern. Mine was frozen and froze my tongue. And now I can say I've tried fried chicken livers. There's also that crazy green dessert - a Grasshopper (mint mousse, chocolate cookie crumbs, chocolate custard & fresh whipped cream!). Nate thought it tasted like toothpaste.
Email Post
Labels: New York New York Food New York Restaurants